This is a series that I shot for my (still) ongoing project #ophelieandthegirls, which is based on the concepts of symmetry and repetition.

It’s been a while since the last feature with a photo-series by Ophelie Rondeau here on G’n’A. She took this set of photos in Berlin, where she lives now, some months ago. This series showcases her style perfectly. When you have already seen some of Ophelie’s works or following her on Instagram (@ophelierondeau) you immediately have these associations by reading or hearing #ophelieandthegirls: a group of girls, similiar outfits, symmetry and all in all an interesting overall picture, always captured on 35mm film. 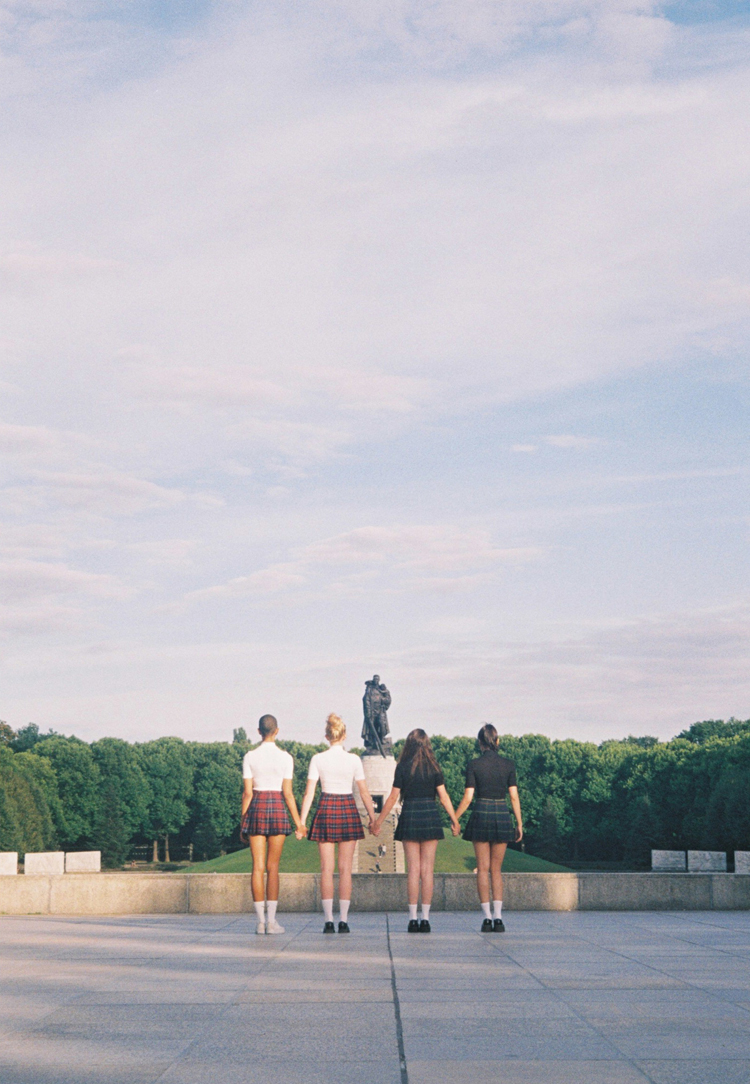