It is always great receiving submissions that include short films as well as short film – projects. BLOOM, the short film is written and directed by Jesse Gassongo-Alexander, a British actor, who studied Theatre, at the prestigious Brit School for Performing Arts.

In this special post await you photos out from the film as well as some background photos of the making-of and much interesting information about Jesse’s project – including the idea behind BLOOM etc.; and as you have already seen at the beginning of this post – the trailer. Take your time while scrolling down, watching and reading, and be inspired!

“BLOOM is an original coming of age film, centred around four teenage girls; Sabrina, Rianne, Tracey and Ruby. As their summer draws to an end so too does the innocence of their youth. The film subtly explores – friendship, urgency to grow, community, dreams, alongside a few others. Whilst the film is delicate, fun and nostalgic, we also believe it to be important. Touching on universal themes, but also specific subject matters placed to evoke emotion, thoughts and hopefully conversation.”

The following photos are some selected stills from the film: 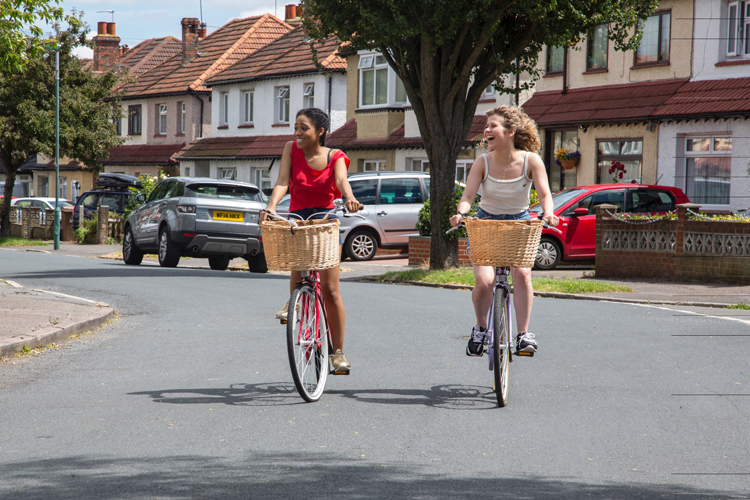 In this film we get to see how they manage themselves internally and together as friends. As their summer comes to an end we realize that the sun may also be setting on a part of their youth that they will never be able to get back.

“The place of inspiration, the starting point for BLOOM, Jesse states is a conversation he remembers very vividly with his mum. He was 13 at the time and had brought back a letter home from school to his mum. That letter stated that in a few months he would be required to know what subjects he would like to study for the next three years. His mum broke in tears and he asked her why she was upset, she replied “You’ve just about learnt to fold your clothes and now they’re asking you to choose what you want to do as a career?” This memory left an impression on Jesse, “Looking back I guess I’m quite fortunate because I knew from young what I wanted to do. I love my mum to bits, she’s a legend, but I think she may have overreacted a little bit. However I think what she say’s goes beyond the actual words themselves, it’s bigger than that. Not to be too metaphorical, but I always think society and the various other factors, small and big that play into moulding us as people, can be quite demanding, and don’t always arrive at the best time or the right times.” It was through these thoughts and that memory, the BLOOM writing period begun.”

I knew I had to create real characters, three dimensional characters that essentially people could relate to, if I was able to do that, then people would come on this journey with us and the girls. That’s what this film is; it’s a journey, but also a snippet of time observing youth and also the challenges these girls are overcoming or will have to overcome.

“The writing style for BLOOM was very particular for Jesse. He states the film is a sociological perspective. A film that investigates and explores rather than offering definitive answers.

Visually the film has a nostalgic and delicate feel to it due to the grading and colour palette used in the final cut. The landscape was important to Jesse, because he felt it said enough about the characters and some of their families’ social economics without requiring too much detail.”

“Part of the BLOOM project included carefully handpicking several young female visual artists, sending them out stills and a draft of the film. They were asked to make brand new pieces in response to the film. The artists have come from an array of places including; London, Leeds, Rotterdam, Philadelphia, New York, Bangkok, Melbourne & Sydney.” 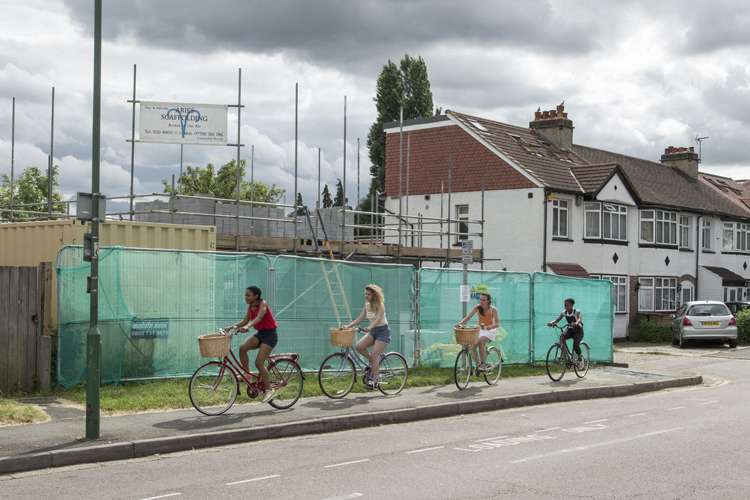